Talking Point by Josh Willie: We are letting down our at-risk kids – The Mercury, July 2017 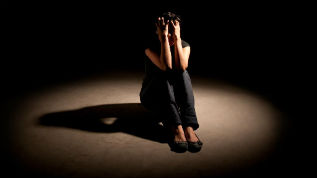 ANYBODY who has read or heard the stories contained in a report published last week by Anglicare on horrifically abused Tasmanian children had to be moved.

I have no problem admitting that when I attended the launch of the report — titled Too Hard? — and heard these stories read aloud by actors, it was emotionally draining.

They are affecting and raw and they should compel every Tasmanian in a position to help and affect any change to continue fighting for a society where stories like these will no longer be commonplace.

The report and the first-hand, deeply personal real-life stories it contains shine a light on to a system established to protect our most vulnerable Tasmanians.

However, we are letting these children down.

In spite of the care and commitment to children of many who work in the sector, the system is broken and ineffective in dealing with their complex needs.

Too Hard? is difficult reading.

Its confronting contents reveal unfathomable pain, relayed by damaged yet brave kids who want their stories to be heard.

These are deeply traumatised children who have courageously revealed the ordeals they have suffered — sometimes on a daily basis, often inflicted by the people who are meant to protect them.

Their stories sit beneath the statistics, they are brutally honest, and they provide us a painful picture of what many vulnerable Tasmanians kids experience.

They give emotion to the statistics and that’s why the report has resonated so much throughout the community.

There is the story of

15-year-old Keira (not her real name), who experienced sexual abuse at the hands of her mother’s husband.

She told the report’s author that she didn’t say anything because the man had threatened to “do worse things” to her.

When I heard this story read out loud by a young actor at the report’s launch it was a powerful moment, a deeply disturbing moment.

Delia (also a pseudonym) tells report author Catherine Robinson a horror story of how, as a four-year-old, she found a stranger asleep on her bed armed with either a knife or a gun.

She lay petrified under the couch, clutching a mobile telephone listening to the screams as “dad dealt with him somehow”.

For years, Delia could not sleep in her own room and regularly woke screaming in the night.

Her step-father regularly bashed her mother, breaking her nose and leaving her with black eyes.

The last time her mother was beaten by the man, Frankie ran to the hospital to see her but so bad were her injuries, she said: “I can’t even recognise you.”

What’s just as shocking about Dr Robinson’s report is its conclusion that young people routinely end up homeless or in youth detention because they’re “too hard to care for”.

Too many children and teenagers are falling through the safety net that is designed to protect them.

The Anglicare report describes how drug and alcohol use, sexual abuse and family violence are a part of the very fabric of the lives of these young people.

We all have a responsibility for these children.

This report, and the young people it gives a voice to, should be the catalyst for positive change.

We must work as a community to address the systemic problems that result in children and teenagers being harmed.

We must listen to young people and their needs.

As leaders we need to hear these young voices.

The simplistic, “tough on crime” response from the Hodgman Government did a disservice to the work contained in the Anglicare report.

This is not a chance to score political points, it’s a chance for the community as a whole to reflect on how and why we are letting down at-risk young Tasmanians.

The trauma endured by these young people does not change with the colour of the government.

As a community we must take responsibility for the failings of the system that is designed to protect children and pledge to do better.

Now is not the time to sweep serious allegations under the carpet.

The response to the emergency in child protection needs to be built on honesty and transparency.

We need to understand where our failings are and work with determination to see things improve.

The Government needs to provide the Commissioner for Children’s office with the resources it needs to investigate allegations — like those made recently made by frontline child protection workers that the system is in the worst shape in a generation — so Tasmanians can have greater confidence that our children are being protected.

An independent investigation, not the rapid dismissal by the Hodgman Government of allegations, would ensure serious concerns are investigated and addressed.

Labor stands ready to work in a bipartisan way to strengthen the safety net for vulnerable young people in Tasmania.

The Anglicare report into vulnerable teenagers is a damning reminder that more needs to be done to protect young people in Tasmania.

Tasmanians deserve confidence that the interests of vulnerable children are being put ahead of politics.

And we must ensure the needs of our must vulnerable kids are met — first and foremost, the fundamental need that they are safe.