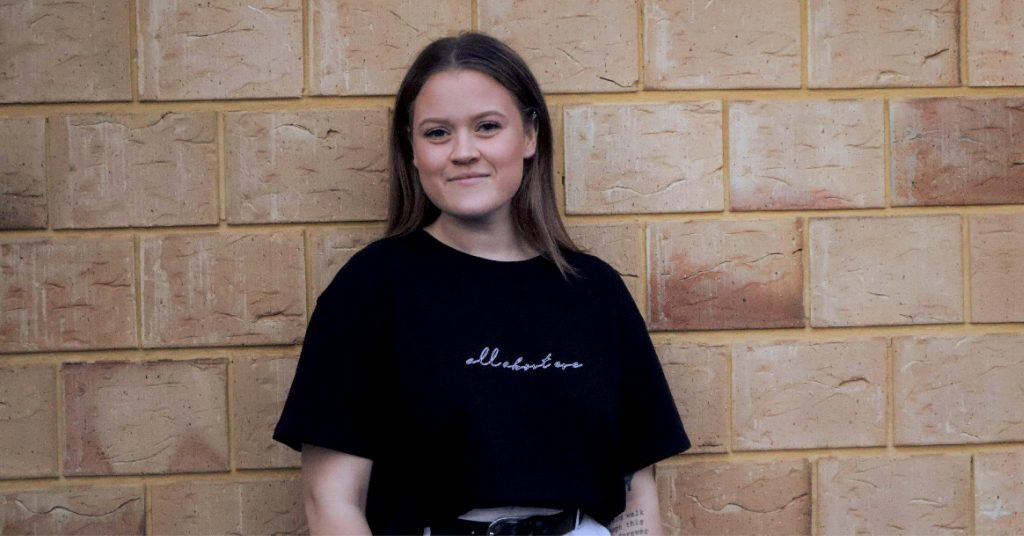 Twenty-one year old Sophie Martin will soon leave her home of two years, Anglicare’s Eveline House in Devonport, to embark on an exciting new stage of her life on Tasmania’s West Coast.

Sophie has her sights set on community nursing in the region.  Her partner is teaching in Queenstown and the pair have arranged a rental property together in the town. They expect to be based there for at least the next three years. “I love it here, it’s so peaceful. We love camping so there will definitely be lots of that in our spare time,” she says.

Sophie is due to complete a Diploma of Nursing in February next year through the Health Education and Research Centre in Hobart. She has just finished a placement at the Mersey Community Hospital where she worked on a ward and had a full patient load. “It was a positive experience and I’m really looking forward to becoming an Enrolled Nurse,” she said.

Turn back the clock two years and Sophie had not long moved into Eveline House, a Youth2Independence facility for 16-24 year olds managed by Anglicare. It provides young people on low incomes with the support they need to become fully independent and can be accessed through the Housing Connect service. Eveline has sister facilities in Launceston (Thyne House) and Hobart (Trinity Hill).

Living at Eveline gave Sophie the stability and support she needed to explore further education and career options. This included a qualification in aged care that led to employment at an aged care facility in Devonport.

“My experience in aged care has been a really good stepping stone into mainstream nursing,” she says. “My employers nominated me for some government funding and I’ll be able to complete my Diploma in Nursing in a shorter timeframe than usual.”

Sophie says the staff at Eveline were always on hand if she needed them: “It’s been so nice knowing they are there. They have always asked if I need help with anything,” she says.

When we last spoke to Sophie, she was looking forward to saving for a house of her own.

“It’s been a struggle so far but I have a savings plan for the next two years,” she says.

Sophie has also set herself some big career goals: “I would like to become a registered nurse and after that, go to Uni and study a two-year degree to become a paramedic,” she said.